Marcos Holguin is an Attorney at SR Holguin, PC. In that capacity he represents unions at every stage and in all aspects of labor and employment law matters.

While in college, Marcos served as a Law Clerk at the union-side labor and employment law firm that would become SR Holguin, PC. During law school, he gained litigation experience as a member of his law school’s National Trial Team. Marcos also served as a Law Clerk and later as a Post-Bar Law Clerk at the Los Angeles County District Attorney’s Office, Major Crimes Division. While there, he assisted in the prosecution of some of Los Angeles County’s most complex and high-profile cases.

At SR Holguin, PC, Marcos serves as a Litigator, an outside General Counsel to unions, a Counselor to union officers, a Collective Bargainer, a Trainer to union officers and stewards, and an Advisor with respect to political, policy, legislative and regulatory affairs.

In 2020, Marcos was selected as part of an exclusive group of young union-side litigators from across the country to participate in the AFL-CIO Union Lawyers Alliance’s rigorous Litigation Workshop.

When not representing unions, Marcos can often be found spending time with his dog, or at LA Dodgers baseball or UCLA Bruins football games. 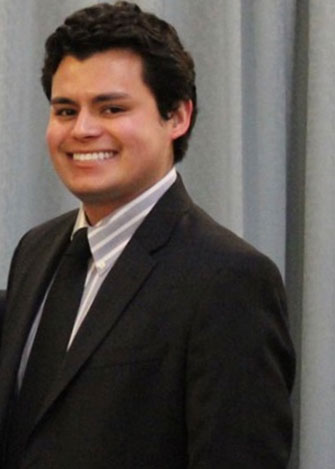